Not long after we arrived in Cameroon (maybe September?) Matthew came home from work one day and said that he had a surprise. He held out his hand and was holding a Operation Christmas Child lapel pin. 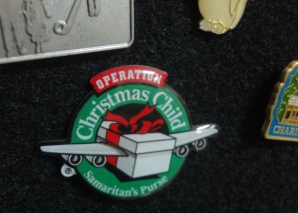 Samaritan’s Purse, the organization that runs Operation Christmas Child, was having a conference on the center where Matthew’s office is. He had seen a Cameroonian friend, Raymond, with an Operation Christmas Child lapel pin. Matthew explained to Raymond that I had been involved in this program back in the United States and had packed many shoe boxes and had even been to the distribution center in North Carolina to volunteer back in October of 2008. 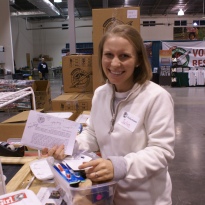 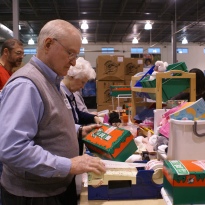 (Friends that went with me to North Carolina – We had to check the boxes, seal the boxes, and then add them to bigger boxes that would be ready for shipping)

Raymond then gave Matthew the lapel pin and told him that he helped with the distribution of the boxes here in Cameroon and that when the time came we were more than welcome to come to one (or more) of the distributions of the shoe boxes to the Cameroonian children. 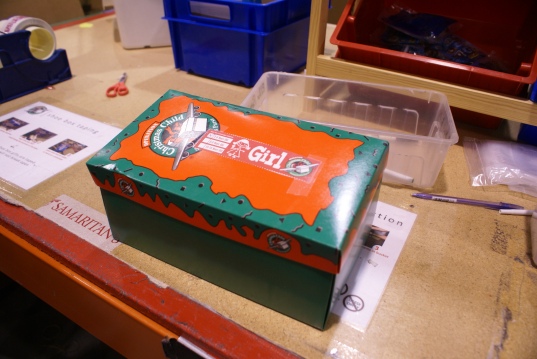 Stay tuned for more about where boxes like these end up in one part of the world… Cameroon!